Getaway Couple
Home Buying an RV Types of RVs Is the Cousin Eddie RV the Most Famous RV Ever?

Is the Cousin Eddie RV the Most Famous RV Ever?

However, the Cousin Eddie RV is what many viewers remember most after watching this quirky film. You’d have a hard time forgetting this vehicle if it were to pull into your driveway.

So is the Cousin Eddie RV the most famous RV ever? Today, we’re taking a close look at this unforgettable RV to see what all the fuss is about when it comes to this home on wheels.

Who Is Cousin Eddie?

To get deep into character, Randy Quaid applied characteristics from a person he knew while growing up in Texas.

Cousin Eddie makes an unexpected appearance at the Griswold residence while Clark and his family host the family Christmas festivities.

Not only does he show up unannounced, but he asks to borrow money from Clark too.

However, Cousin Eddie tops off the inappropriate behavior by announcing he plans to park his massive motorhome in front of the Griswold home during their stay.

What Is the Cousin Eddie RV?

Clark Griswold and his wife Ellen were in for a surprise when Ellen’s distant cousin, “Eddie” Johnson, pulled up in a 1973 Ford Condor II motorhome.

The rig showed every bit of its 15 years of age when the film was initially released.

However, viewers remember Cousin Eddie’s RV for more than just its physical appearance.

One particularly memorable scene was when Eddie needed to dump his sewer tank.

Instead of finding an appropriate RV sewer dump, he hooked up his sewer hose and dumped the contents of his sewer tank into the storm drain.

It’s hard for viewers to forget Cousin Eddie dumping his RV’s sewer tank wearing nothing but a robe and a winter cap while holding a beer and smoking a cigar.

What Kind of RV Does Cousin Eddie Have?

Cousin Eddie arrives at the Griswold residence in his 1973 Ford Condor II motorhome.

The Ford Motor Company originally produced the Ford Condor RVs in their facilities.

The RV had fiberglass and aluminum construction and would get about 6 mpg.

The motorhome in the movie had seen better days as it limped into the driveway.

It was an excellent option for families looking to hit the road for their adventures in its prime.

Despite the appearance in Christmas Vacation, it was originally seen as a luxury RV built for long trips.

You didn’t buy this type of RV if you wanted to go fast or save on fuel.

Where Is the Cousin Eddie RV Today?

An LA props shop later sold it after the Cousin Eddie RV pulled out of Griswold’s driveway.

Mark and Dana Klaus thought it would be a great addition to their unique Christmas-themed museum, Castle Noel, in Medina, Ohio.

You can visit and take a tour of Castle Noel and experience Christmas decorations and memorabilia from around the world.

However, the Cousin Eddie RV is the pièce de résistance for many guests.

The museum even opened a Cousin Eddie’s Patio Bar with seating for 100 patrons to enjoy a bite to eat or a drink next to this famous RV.

Is the Cousin Eddie RV the Most Famous RV Ever?

RVs have been in many movies throughout history, but none have been as iconic as Cousin Eddie’s RV.

Christmas Vacation is a must-watch for many people, and it’s largely because of the incredible job Randy Quaid did to bring Cousin Eddie to life.

You’ll likely have a hard time finding someone who isn’t familiar with this memorable RV.

Keep in Mind: Want to learn more about famous RVs? Here’s everything you ever wanted to know about the Breaking Bad RV

Where Can I Watch National Lampoon’s Christmas Vacation?

At this time, the only place you can watch National Lampoon’s Christmas Vacation is on iTunes, Amazon Instant Video, Google Play, and Vudu.

However, you can often find copies of the DVD or Blu-ray readily available at Walmart and other big-box retailers during the holiday season.

If you don’t want to wait for the holiday season, you can always buy a copy on Amazon today. 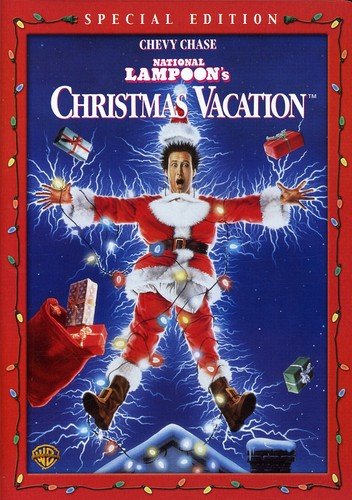 Is It Worth Visiting Castle Noel to See the Cousin Eddie RV?

Whether you’re a fan of the movie or just enjoy seeing a unique piece of pop culture, visiting Castle Noel can be a great time. Each year the museum welcomes tour bus after tour bus through its doors, especially during the holiday season.

Tours frequently sell out as guests want to snap a picture in front of the iconic RV. If you find yourself traveling through northeast Ohio, stop in and visit. You may just run into Cousin Eddie while you’re in town!

Have you ever wanted to see the Cousin Eddie RV? Everything You Need to Know About Calaveras Lake Is the Bigfoot Leveling System "The Best RV Levelers in the Industry?"