Having something stolen from you is one of the worst experiences. Lately, we’ve seen an increase in the RV community of RV catalytic converter thefts.

Thieves only need a minute or two, and they can walk away with the part and leave you footing the repair bill. If you’re worried about thieves taking your RV’s catalytic converter, you might consider the CatStrap.

So what is the CatStrap, and how is it keeping catalytic converters safe? Let’s find out.

What Is a Catalytic Converter?

The catalytic converter is a part of a vehicle’s exhaust system. It reduces the number of pollutants created by gas and diesel engines.

The component will convert hydrocarbons, carbon monoxide, and nitrogen oxides into cleaner pollutants like carbon dioxide, nitrogen, and water vapors.

The Clean Air Act of 1970 mandated that all cars manufactured after 1975 must have a catalytic converter.

Why Do Catalytic Converters Get Stolen?

Thieves don’t steal catalytic converters for the part itself, but the precious metals found inside them.

Most catalytic converters contain platinum, palladium, and rhodium. These metals are worth a pretty penny. For example, rhodium is currently worth more than $14,000 per ounce.

In addition to the expensive metals, they’re easily accessible and relatively easy to steal.

Thieves with a battery-powered saw can work through a parking or storage lot in minutes, swiping catalytic converters. Despite being a very dishonest way to make a living, these people make a killing.

How Often Are Catalytic Converters Stolen?

Sadly, catalytic converter thefts are becoming increasingly common all over the country.

Certain states have lower catalytic convert thefts than others. A few lawmakers have proposed bills to help stop the theft of these environment-protecting devices.

Some states require scrap metal buyers to maintain a database of records regarding the devices they buy from individuals. Only time will tell if these laws and requirements will help curb thefts.

How to Stop Catalytic Converter Theft

However, the CatStrap is a device you can install on your vehicles to protect it. It attaches to your exhaust and makes it difficult for thieves to cut.

How Effective Is the CatStrap?

The CatStrap is one of the most effective ways to protect your catalytic converter. The device uses three mechanisms to secure the converter to the exhaust system.

A heat strip on the back of the strap makes it nearly impossible to pry off with the limited amount of space a thief would have under a vehicle.

The CatStrap also includes stainless steel ties to secure the entire length of it. It also uses hard exhaust clamps to keep everything secure.

It also has steel wires that move with the motion of a saw, preventing it from cutting.

Any thief that slides themselves under your vehicle and sees the CatStrap won’t waste their time. They want to make a quick buck and don’t want to spend the time trying to figure out how to get it off.

They’ll move on to the next vehicle, and the owner will wish they had this anti-theft device.

Keep in Mind: A VIN number will tell you the history of a vehicle but Can You Look Up an RV by VIN Number?

You should consider installing the strap on any vehicle you own for several reasons.

We recommend purchasing one for each catalytic converter if you have a vehicle with multiple ones. Here are some reasons why.

Thieves will quickly saw their way through materials in an exhaust system. However, the CatStrap isn’t easy to cut through. When they do, the alarm will activate.

Thieves want to attract as little attention as possible. Once the siren goes off, they’ll quickly leave. This will protect your exhaust system and anyone parked near your vehicle.

One of the great things about the CatStrap is that it works with all vehicles. It doesn’t matter whether you drive a tiny Honda Civic or a massive Ford F350 pickup; the strap will work with your vehicle.

If you own multiple vehicles, you can install one on your entire fleet without worrying about discovering all of them have been stolen.

Tips to Protect Your Catalytic Converter

You can do several things to protect your catalytic converter. Follow these tips, and you can avoid becoming a victim. Let’s look.

The CatStrap isn’t the only anti-theft device. You can install cages and paint your devices to make them less appealing to thieves. Anything you can do to make it more difficult for a thief to get to your catalytic converter will be helpful.

If they see an anti-theft device, they likely won’t waste their time and just move on their way. 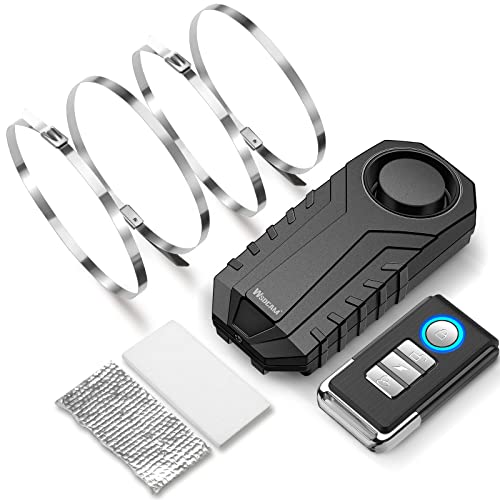 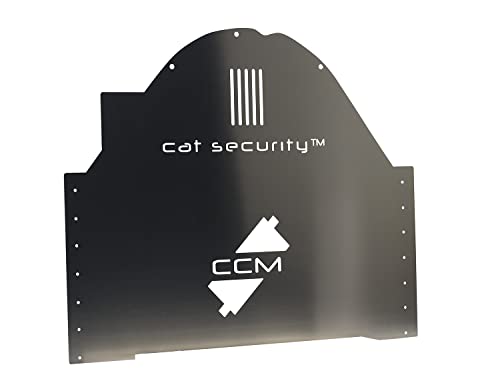 Park Near Security Cameras and Lights in Public

If you have to park your vehicle in public, pull in near security cameras and lights when possible.

Thieves don’t want to be caught on camera or seen by someone in areas with plenty of lights. So if you can find a spot near these security features, take it.

Park in Your Garage

An inaccessible vehicle means theft protection. Parking your car inside your garage will make it nearly impossible for thieves to get in. However, it’s not enough for you to only park your vehicle inside at night.

Thieves can get in and out in minutes with your catalytic converter. A desperate thief may approach your vehicle in your driveway in broad daylight.

So park your car in your garage as often as possible. If you need one more excuse to clean out your garage, here you go.

Keep in Mind: Park your RV in a RV Barndominium to keep it safe from theft and the elements!

Some local police departments have attempted to combat catalytic converter thefts by painting them.

Thieves caught with painted catalytic converters will be a major red flag, making them less desirable to anyone purchasing them from thieves.

Getting caught with stolen property, especially catalytic converters, will land a strict punishment.

It may be worth contacting your local law enforcement to see if they’ll offer similar programs for your area. Plus, painting it is much cheaper than a CatStrap, for those on a budget.

Don’t Stress About Your Catalytic Converter

Sadly, most people don’t take any precautions to protect their catalytic converter or other items until they become victims.

However, you can take steps today towards protecting your vehicle so you avoid experiencing the horrible feeling of having something stolen from you.

Be mindful of where you park your car, especially for extended periods.

However, if you want the ultimate security for your catalytic converter, install the CatStrap.