Why We Think This Is the Worst RV Hitch (Hint: It’s Andersen)

Would you buy an RV hitch with a bad reputation? Purchasing a hitch for your RV is a significant decision and can make or break your towing experience.

There are plenty of lists out there talking about the best hitches on the market, but today we’ll share who we think is the worst. If you’re familiar with fifth wheel hitches, it’s likely no surprise that we believe the Andersen Ultimate is the worst of the worst. Let’s find out why.

What Is the Worst RV Hitch?

If you’re in the market for a fifth-wheel hitch, it won’t take you long to find the Andersen Ultimate model. It has a prominent reputation in the RVing community, but for all the wrong reasons. When you’re choosing an RV hitch, you don’t want to put it in the hands of a company with a sketchy past.

Not only has the Andersen Ultimate had a well-known failure or two, but their owner also has an equally bad reputation for defacing public lands.

What Makes This RV Hitch Such a Disappointment?

You don’t want to trust your RV with a low-quality fifth-wheel hitch. Let’s look at a few reasons why we think the Andersen Ultimate is such a disappointment. 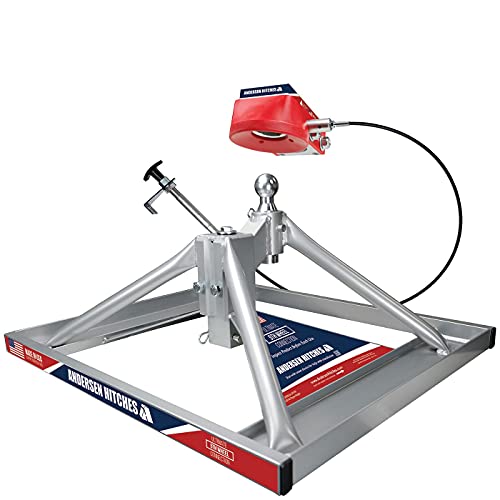 No matter how safe a driver you are, you’re bound to make an emergency stop at some point. It could be an animal in the road, a short yellow light turning red, or an accident in front of you. In any case, you’ll need to stop quickly, and you expect your tow vehicle and rig to hold up in the process.

If you have an Andersen hitch, you might not be so lucky. There are several reported instances where the Andersen Ultimate has failed and crushes in on itself as a result. This could mean damage to both your truck and your RV. Depending on the severity of the crushing, the RV could fall onto your truck bed and crush your bed rails or back window, thus putting passengers in danger.

Who knew that one hard press of the brakes could cause thousands of dollars in damage to your truck and RV? Unfortunately, Francisco Cabrera, a group member of RV 5th Wheel on Facebook, learned this lesson the hard way. He had to make a sudden stop while towing his fifth wheel and the Anderson Hitch gave under pressure.

While the aluminum construction makes the Andersen Ultimate incredibly light, aluminum is nowhere near as strong as steel. Do you want to trust your heavy and expensive fifth wheel in the hands of a hitch made from inferior metal?

We don’t know about you, but we wouldn’t even consider it.

While many fifth wheel hitch failures occur due to user error, the Anderson Ultimate has a history of mechanical failure. It doesn’t matter if it’s an emergency stop or you’re towing down the highway; a hitch failure will result in damaging your truck, trailer, or both.

It’s also possible that the failure could cause an accident. Losing control of an RV that weighs upwards of 20,000 pounds could result in injury to you or others on the road. Is it worth considering a hitch that could pose such a risk?

Have the Andersens Gotten in Trouble Because of Hitch Failures?

While there have been reports of Andersen hitches failing, there aren’t any major cases of them being taken to court for hitch failure. Taking Andersen to court would be very costly, and one would have to prove without a shadow of a doubt that the Andersen hitch was the reason for the failure.

If you attempted it, you’d likely spend years taking Andersen to court and more money in attorney and court fees than your RV and truck are worth. In any instances where the Andersen hitch was possibly at fault, Andersen would most likely settle out of court.

What Is a Good Alternative to the Andersen Ultimate?

If you’re not willing to trust a company with a questionable past, you’re in luck. We have an alternative for you! Let’s take a look at the best alternative to the Andersen Ultimate.

The B&W Companion Hitch is one of the highest recommended fifth wheel hitches on the market. It’s a fully articulating hitch that can tow up to 20,000 lbs with a rattle-free towing experience.

If you choose the B&W Companion, you can tow with confidence knowing that B&W is a well-respected brand. It’s the choice for many full-time RVers and even many RV transporters. It’s a durable and dependable hitch with a cam-action latching handle. 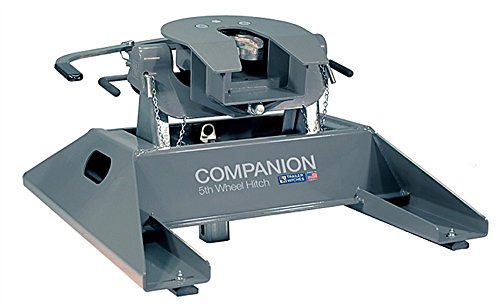 RVers love the B&W Companion because of the wrap-around jaw. The technology is unique as other hitches of its kind use two jaws to close around the kingpin. This means that once the kingpin locks in place, there’s no risk of the hitch coming undone.

Many RVers also love that there are no mounting rails, which frees space in your truck bed for more storage. It’s much more convenient when you’re not towing your RV on the highways.

Which Hitch Brand Do You Trust?

If you decide to go with the Andersen Ultimate hitch, note that one mistake can cost more than purchasing an additional hitch. While we’re big fans of the B&W Companion, make an informed decision on the hitch you purchase so you can tow with confidence.

What’s your hitch of choice for towing your fifth wheel? What Is the Best RV Forum?