Difference Between Amps and Amp Hours

First off, we need to understand the difference between Amps and Amp Hours. The basic breakdown between amps and amp-hours is that amps are a unit of electrical current, while amp hours are the units of “current storage capacity.”

How to Calculate Work Hours on a Battery

The first thing we want to do is convert to watt hours. Most devices you use will have their watt usage listed on them. You can convert Amp Hours to Watt Hours using the formula below:

That means that our 100 amp battery can sustain about 1200 watts from devices for an hour or 600 watts worth of devices for two hours.

In a real-world example, our humidifier lists a wattage of 280w on low and 470w on high. That means that a single 100 amp hour battery can power it on the low setting for 4.29 hours and for 2.6 hours on high.

It would be great if devices told us specifically how many amps are used, then you could simply divide the battery capacity by total device amps. But most devices give you a rating in Watts, which is why we need the above formula.

How many Amp Hours do you really get from a 100ah battery?

The above formula, however, exists in a theoretical bubble. Like most things in life, calculating how long a battery will actually last isn’t quite as simple as knowing the formula. There are several factors at play that reduce that theoretical Discharge Time into real-world usage.

The type of battery you use in your RV also makes a difference in how many usable amp-hours you actually have. Lead-acid batteries are less forgiving than lithium batteries in how far they can be depleted, so you have less available amp-hours, despite the battery’s amp hour rating.

A lead-acid battery isn’t recommended to be drained below 50 percent capacity. That means your 100 amp hour battery in real-world applications will actually only last around 40-50 amp-hours.

A LiFePO4 (lithium iron phosphate) battery can be safely discharged to “0” percent capacity. You wouldn’t normally discharge it that low, but you can expect about twice as many usable amp-hours as you would get from a lead-acid battery.

There are numerous appliances and devices that, even when not in active use, have control boards or other elements that draw 12V power from your house battery. This is called a parasitic draw.

It is normal, but can significantly affect how many amp hours your battery will last between charges. And don’t forget about the little lights in your storage bays, booster antennas, and other devices that are easy to forget about that can draw down the battery. It all adds up!

Getting Less Than A Full Charge

If you don’t fully charge your battery, it’s not going to provide all the amp hours that you expect. A 100 amp hour (or whatever capacity is specified) battery will come much closer to maximum efficiency if you keep your batteries topped off with a full charge.

There is no simple way to calculate the watt-hours you’ll use on a daily basis without a battery monitoring device. To do so, you need to know how many watts per hour each of your devices use and then multiply that times how many hours per day you use that device. Then you add all of the individual totals to get an estimate of how many watt-hours you need. 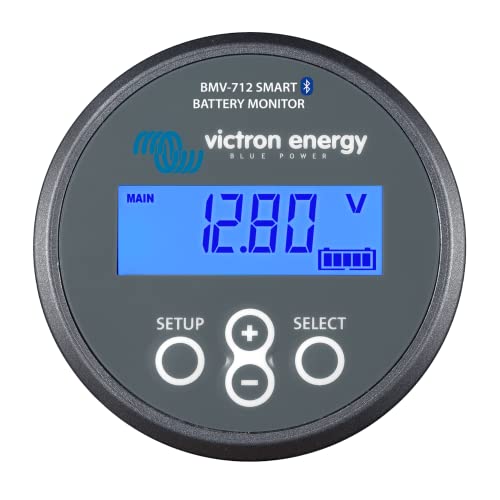 Why You Never Get all the Power Capacity From a Battery

There are several reasons why you will never get all the power capacity from a battery that it is rated for.

You don’t use the exact same devices in exactly the same manner for exactly the same amount of time day in and day out. This means that your battery is discharged at a different rate depending upon how heavy the load is that you are putting on it.

The heavier the load put upon the battery, the less capacity it has, meaning it will be depleted sooner than you might hope.

Batteries are rated for 5 amps over 20 hours of time

That is all well and good if you were always going to be pulling a consistent draw of 5 amps from the battery, but that’s not how the real world works. In some instances, you will be drawing less than 5 amps per hour and sometimes more, which means the actual amount of time your battery will last is going to vary from day to day.

Pro Tip: When researching RV batteries, make sure to read 12 Volt Or 6 Volt RV Battery: Which Is Better?

Chargers may not fully charge

Your battery may not always get a full charge. As mentioned earlier, batteries degrade over time and usage, so as the battery gets older, it will not be charged fully to 100 amp hours, no matter what you do.

Cycle Life of a Battery Count

Whether your battery is lead acid or lithium it has a finite number of cycles that it can be depleted and recharged. This is the cycle life of the battery. Generally, lead-acid batteries if maintained properly can be good for a few hundred cycles. Lithium batteries on the other hand can last thousands of cycles.

But the number of times and how deeply a battery has been depleted and then recharged affects how much capacity it can hold. The more times it has been cycled, the less able it is to hold its maximum capacity. So how long does a 100 amp hour battery last?

But hopefully, this helps you understand how the battery works and just what that 100 amp hour rating means in the real world. If you can understand that and how to determine the number of amps your various devices use, it’ll go a long way towards making your life easier on the road.

RV Toilet Issues? Learn How To Troubleshoot And Repair It Yourself

17 Thousand Trails Campgrounds In The Big State Of Texas