Do They Make Bear Proof Tents?

Pitching a tent to spend time in the great outdoors can be an incredibly fulfilling and rewarding experience. However, despite its benefits, some dangers live in the woods. Having a safe place to sleep and seek shelter is necessary, but do they make bear-proof tents?

If you’re looking to camp in bear country, you must take some precautions to protect yourself.

Today, we’ll find out if bear-proof tents exist. In addition, we’ll provide some tips to help you stay safe while camping in bear areas. Let’s dive in!

Unfortunately, bears can and do attack tents from time to time. When camping in the wild, it’s important to remember you set up camp in their environment; you’re a guest in their home.

You can’t expect that just because you claim an area for yourself for a night or two, they’ll get the message and stay away.

Some campers have reported encounters with various types of bears while tent camping. Some interactions are more serious than others. Bears are wild animals and incredibly unpredictable. You never know what to expect when you come across one.

Do They Make Bear-Proof Tents?

Bears are powerful and can easily rip through many types of materials. A tent capable of withstanding a bear would require reinforced steel, which doesn’t bode well for portability or storage.

So while a bear-proof tent doesn’t exist, you can do some things to minimize the chances of encountering a bear while tent camping. We’ll share some helpful safety tips with you later on.

Bear attacks on humans are relatively rare. Attacks typically only occur on humans when a bear feels threatened. According to research by Nature.com, bears were responsible for only two deaths between 2000 and 2015.

However, bear incidents have significantly increased in recent years. The current decade is becoming one of the deadliest due to attacks.

What to Do When a Bear Is Outside Your Tent?

Because you don’t have a bear-proof tent, proceed with caution if you discover a bear outside. The last thing you want to do is startle it and cause it to react out of fear. Make small and quiet movements.

If you can turn on a flashlight or lantern, this will help them to know that someone else is present. Often if they know you’re there, they’ll leave.

Talking calmly but sternly might be enough to send them away. However, that’s not always the case.

Bears are curious creatures and have an incredible sense of smell. Their curiosity often gets the best of them, and they’ll inspect your entire campsite to see what they can find.

While rare, a bear may attempt to enter a tent. If this does occur, you’ll have no choice but to yell at the bear and fight back.

Just because bears live in a certain area doesn’t mean that you can’t camp there. However, it does mean you must keep a few things in mind during your adventure to stay safe. Let’s take a look!

You want to be careful with what you put inside your tent as it’s not bear-proof. As a result, you will need a place to store the rest of your gear.

To prevent a bear from getting to it, you need to store it at least 10 feet off the ground and at least four feet from anything a bear could use to reach it.

Many campers and hikers use long ropes to toss over a tree branch to hang their gear like a pinata. However, find a safe spot at least 200 feet from your campsite.

This helps to reduce the chance of a bear encounter should they come looking for your smelly gear. 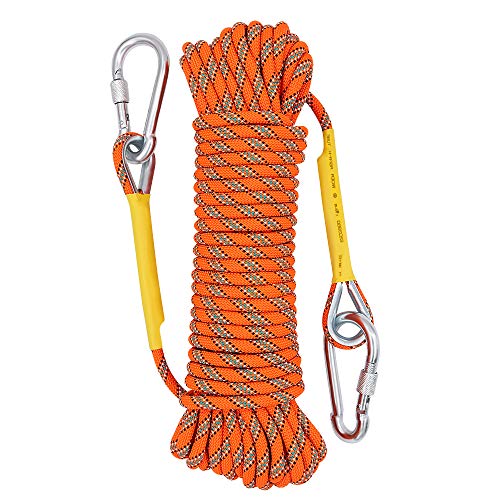 Carefully consider what items you bring when camping in bear country. Food like bacon, tuna, and sausage have a tremendous amount of smell to them. Any bears or wildlife that smell these items will come to investigate.

In addition to food, you have to consider your toothpaste, deodorant, and any other heavily scented items.

Look for unscented versions to take with you on your adventures, and leave anything unnecessary at home, especially if it has a strong scent.

Also, store these items in airtight or bear-proof containers away from your tent or in your vehicle. 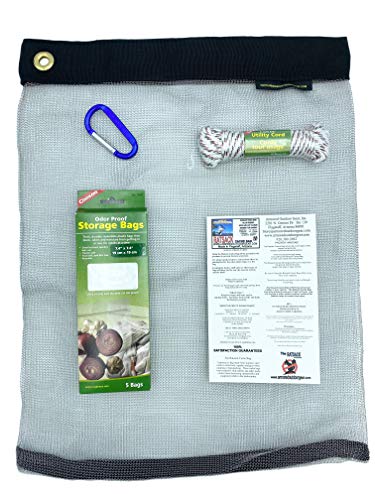 Keep in Mind: Bears are common in national parks, but do you need to be worried about Feral People too?

Have Bear Spray and Know How to Use It

Bear spray can be an effective defense tool during an encounter. However, you must know how to use it. Don’t try to figure out how to use your spray when a large, angry bear stands in front of you.

Bear spray can shoot over 30 feet, but avoid spraying it into the wind. Not only does this reduce the distance it can travel, but you risk having the spray blow back at you.

This could make you unable to protect yourself during the rest of the attack and make breathing difficult. 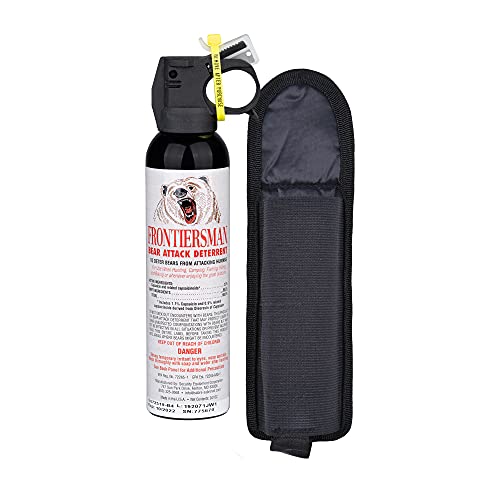 Cook Away From Your Campsite

Like storing your gear, you want to cook your food away from your campsite. No matter what you cook over the fire, it’ll likely create some odors that could attract bears.

The last thing you want is for bears to see your campsite as a potential food source. It may only increase their appetite and cause them to react out of anger or frustration.

Not only do you want to keep yourself safe, but also future campers. Leaving no trace protects the campsite and anyone using it. Trash or bits of food left behind increases the chance of bears coming to investigate.

Bears may start to frequent the area more regularly to find some food or other items left behind by campers. They may get more comfortable with humans and test the waters to see how close they can approach without getting hurt.

Keep in Mind: RV trash cans might not be your top priority but they should be. These RV Trash Cans are perfect for Any Sized Rig

If you value safety, always stay bear-aware when camping. If there’s a chance of a bear encounter, you want to have plenty of bear spray and teach everyone in your group how to use it. You never know who will have it when you need it.

Use bear-proof containers, don’t leave scented items in your tent or campsite, and leave no trace to protect the next campers.

You should also communicate the important lessons we’ve discussed today with campers. If you stay bear aware, you can have an incredible camping adventure no matter where you’re camping.

5 Ways to Protect Your RV Screen Door From Damage What is the Purpose of a Destination Trailer?